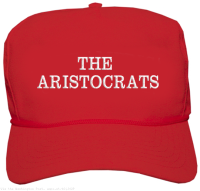 The ever-rotating team of hateful miscreants, convicted criminals, and plutocrats assembled by Donald Trump is such a filthy joke that, as a group, they can really only be described as The Aristocrats.

It’s important we know who these people are, where they come from, what agendas they represent, and (for god’s sake) the mistakes some of them are already making.

Did Not Require Senate Confirmation: